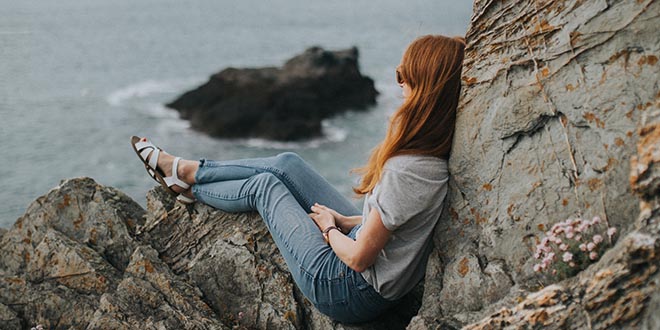 There’s a place I want to live in my walk with the Lord. My soul awakened to His glory, my heart undone by His goodness, ever desperate for more of Him, trusting that His ways and thoughts are far higher than my own, resting in His grace and faithfulness no matter my circumstance.

I arrive at this place by way of surrender. If I’m to remain here, it begins and ends with my willingness to put my flesh to death in every situation. Life gives us many opportunities to exchange our will for God’s, none of which are more profound than when we’re in the middle of a mess. This place of surrender is where miracles live.

Miracles are a funny thing. They don’t typically begin with a warm and fuzzy mountaintop experience; they often begin with a mess. It’s one thing to hear of the miracle at the end of someone’s story. It’s quite another to have weathered the storm the person did before arriving at their miracle. No one wants the pain involved in that!

We avoid the middle – that grueling time spent waiting for our breakthrough. We don’t want to endure the struggle that perfects us or feel the burn of the fire that refines us. In our attempt to avoid pain and control the outcome, we fight surrender. We want the miracle but not the mess, and that scarcely happens.

The key to braving the middle is surrendering within the mess. The good news is, God’s grace prepares us for the middle long before we encounter hardship.

God’s grace prepared Joseph for his journey through the middle by giving him prophetic dreams (Genesis 37). God’s purpose for him involved positioning him to save countless lives; His plan began with betrayal, slavery and prison.

The middle is messy, and Joseph lived in it for a long time. He endured years of testing and hardship before seeing his dreams fulfilled. Psalm 105:19-20 (NLT) says, “Until the time came to fulfill His word, the Lord tested Joseph’s character. Then Pharaoh sent for him and set him free; the ruler of the nation opened his prison door.”

Joseph never became bitter in the middle. His honor withstood because he remained faithfully abandoned to God amid his circumstance. God gave him grace for the middle, and he saw his miracle in the end.

Surrender What You Have

In John 6, the young boy who provided the elements for the miracle that fed the 5,000 had to surrender his own provision in exchange for an abundance he could never have imagined – not only for his good, but for the good of thousands.

His part in the miracle cost him all he had in the moment. Had he selfishly held onto his own supply, his belly may have been filled that day, but his eyes would have missed the magnificent.

How long, I wonder, did Ezekiel walk among the dry bones before he began to see life? (Ezekiel 37) How long did he wander in the middle among the death and the mess before the miracle began? The story doesn’t say, but it does tell us that he was obedient, speaking the Word of the Lord over the scene, waiting for the breath of God to bring life. He was faithful, and he witnessed the miracle that prophesied hope for the nation.

The Middle in Real Life

My heart was recently faced with yet another opportunity for surrender when confronted by an overwhelming circumstance. I had a choice to make: trust God, speak truth and receive grace, or give in to fear and confusion.

During my time in the middle, I spent a day alone in prayer. I saw a vision of Jesus standing before me with His arms extended, hands cupped together as if asking me to reach out and take what He held.

I knew I had to answer this question: If Jesus stood before me and handed me this hardship, would I take it? Without hesitation, everything in me answered yes. I trust Him so much that even if He handed me suffering, I would take it. I’m confident His love for me is so great, there would be good and purpose in it somehow.

It was a weighty time for my heart, but in that moment of surrender, the burden was overcome by the goodness of God. This is where I want to live: my life worthy of the ransom Jesus gave for me, my heart unconditionally abandoned to God with all else falling in line behind.

If today you are wandering in the middle among the death and the mess, straining to see if life remains in your dreams, I encourage you to surrender what you have to God and receive His grace. There are miracles in the middle, hidden along the way of surrender, as much as they are gloriously evident at the end of your journey.

2 Corinthians 12:9-10 tells us that His grace is all we need, and His power works best in our weakness. So, rejoice in your weaknesses and in the hardships and troubles, because when you are weak, that’s when you’re strong.

Yes, miracles are a messy business, and God is in the middle of it.

Even so, he saved them — to defend the honor of his name and to demonstrate his mighty power. Psalm 106:8 (NLT)

He does great things too marvelous to understand. He performs countless miracles. Job 5:9 (NLT)

Praise Him for His mighty acts; Praise Him according to His excellence greatness! Psalm 150:2 (NKJV)

Tracy Falco’s greatest quest in life is to be a fervent lover of God and to pursue Him and His voice daily. She loves everything about living free in Christ, walking in her true identity and leading others to do the same. After an abusive marriage, a painful divorce, five years of singleness and surviving cancer, she is now married to a wonderful man. She lives in awe of God’s redemptive power! She and her husband, Sid, love to do everything together. Their favorite activities are often outdoors. They have a combined brood of five children and six grandchildren.
@roadtobeautiful

Why Living In The Past Will Consume Your Future 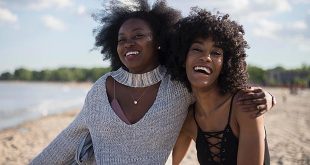