Last night, a group of men gathered to celebrate one of my friend’s final days as a bachelor.

What was missing from our night—and from the wedding—is that a few men chose not to attend because of past hurts, unresolved conflict and ultimately an unwillingness to forgive. As I missed their presence, the words of a mentor echoed in my mind: “Without forgiveness, there can be no enduring relationships.”

A pastor friend wrote the following on the subject of forgiveness: “Nothing is more foreign to sinful nature than to forgive.”  Difficult to believe, isn’t it, that we as Christians who know the forgiveness of Christ firsthand would struggle with such an issue?

As men and women, single or married, we all know firsthand what a struggle it can be to forgive someone who has wronged us. It’s almost too easy to dwell on the hurts done to us and too easy to speak negatively about those that hurt us. In fact, we often choose to besmirch their character as if it’s our duty to protect others from these people.

I think we have all experienced broken promises; we’ve had confidences betrayed that caused embarrassment and shame; all have felt the sting of rejection, whether it be romantic or platonic; the bitter words of gossip and slanderous accusations; and sadly, some know abuse too well—some from simple neglect, others from horrendous physical, emotional or sexual abuse.

Why is forgiveness so tough?

Let me tell you right now: Forgiving does not negate any of these things, but what it does do is make you right before God.

The fact is, forgiveness is commanded by God.

In Colossians 3:12-13 (ESV), the Apostle Paul reminds us that as believers in Christ we are to “put on them, as God’s chosen ones, holy and beloved, compassionate hearts, kindness, humility, meekness and patience, bearing with one another and, if one has a complaint against another, forgiving each other; as the Lord has forgiven you, so you MUST forgive” (emphasis mine).

This command is echoed throughout Scripture so much that the thought of a Christian who is unwilling to forgive is unthinkable. To withhold forgiveness is a rebellious, open act of disobedience to God and is no different than any other sin, including being sexual immorality, lying or stealing.

The primary Greek word for “forgive,” which is the original language of the New Testament, means “to send away” or “to release.”  In relation to sin it means “to pardon.” With God, it is a promise to “let go” and release the iniquity, a promise to no longer remember it. (Isaiah 43:25, Jeremiah 31:34). With us, when we say “I forgive you,” we are saying that we promise not to remind you of the offense, not to speak of it to others, and not to dwell on the sin.

I know that for some, forgiveness as the Lord sees it is tough. Forgiveness can happen, even when the pain is so deep, so intense … even when it’s been going on for years. Some of us feel like we wake up to the pain every morning. For others, triggers easily remind us of our hurt and make our blood boil.

It all comes down to a choice: Do you want to forgive or not? I read once that choosing not to forgive is like drinking poison and expecting the other person to become ill. How true this is.

If you choose not to forgive, the only person hurting is you.

What has God shown you about choosing to forgive?

BK Smith is the lead pastor of a church located in Victoria, B.C., where his primary ministry is preaching the Word of God and discipling men and women, regardless of whether they are single or married. Single all his life, BK’s life purpose is "to glorify God by faithfully proclaiming the Gospel of Jesus Christ to the world and by seeing members of the body of Christ trained and equipped for every good work through the inspired Word of God, so that believers may be presented complete in Christ." BK’s life has been pretty varied: He has ministered as a church planter, a singles pastor and a youth worker in Illinois, Ontario and California. Prior to his call to ministry, BK served in the Canadian government as a counter-terrorist investigator. BK’s passion extends to baseball, motorcycles, golf, skiing, reading and really anything that has to do with friends in beautiful British Columbia.
@freewaycity 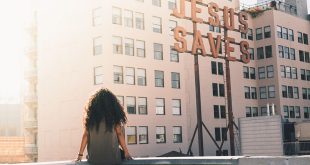 Do You Restrict Jesus In Your Life? 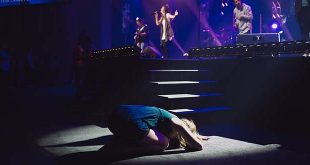 Is Jealousy Keeping You From Your Destiny? 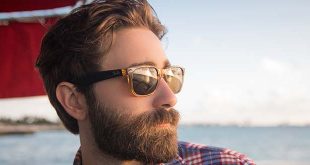 When We Live Under Labels Instead Of Our True Identity