Home » Singleness » Are You Tempted To Settle?

Are You Tempted To Settle? 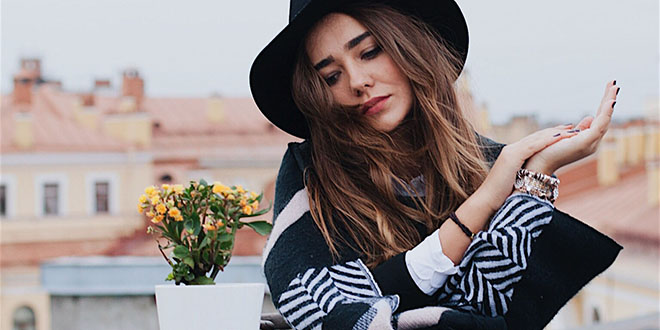 He prays before bed, so I think he loves the Lord.

She has one of the 3 qualities I’m looking for in a mate, so that’s good enough for me.

He doesn’t appreciate the silly things about me, but otherwise he’s great.

We talk every day, but he won’t commit.

This is as good as it’s going to get for me. What if I can’t find anyone better than this?

I just don’t want to be lonely anymore.

Everyone around me is engaged or married, so I’d better hurry it up.

God must need my help in this. What if there is no one left for me?

On paper everything adds up, but I don’t know if I love her.

Have you ever found yourself thinking like that, thinking those things? Entertaining the thoughts that you don’t deserve better, or that better doesn’t exist? I know I have!

The truth is that God has called us to abundance, so why do we often settle for mediocrity along the way?

The thief comes only to steal and kill and destroy. I came that they may have life and have it abundantly.  –John 10:10

There was a time where I didn’t have a home church for almost two years. It was not for lack of trying. I tried to fit in at so many places, and nothing was right. I went to one for a few weeks and liked it enough, but deep down I knew it wasn’t the right one for me. I was so frustrated, and I cried out to God about it. I remember He told me, “You’re frustrated because you’re looking for me.” I realized then and there what I was trying to find in a church was really what I was looking to find in the Lord. And He was right there.

As I sought His face, I knew that I could trust Him with the right church for me. I kept wanting to put my hands on it. But of course I was reminded every time that He had it under control. All I had to do was keep on seeking Him.

As I let him lead, I let go of trying to make the churches work for me. I let go of that “settling nature,” and sure enough in the few months to follow, He led me to the right church. It was actually pretty funny because it ended up being right across the street from my apartment, but I had never seen it there before. Only God.

God has far more for us than we can possibly imagine. We have to seek to find, knock to get the door opened, and ask before we receive (Matthew 7:7).

The mentality that says “this is the best I’m ever going to get” holds us back from what God has for us. Just like the Israelites who settled for desert living and false idols instead of believing God for the Promised Land. They had to walk and camp out for 40 years while the Promised Land was right there all along.

They allowed fear to block their promise. They allowed disbelief to cloud their judgement. They wanted to create their own idols to worship. They even wanted to go back to captivity because it seemed easier. They wanted to put their hands all over it instead of letting God do His thing. They didn’t want to wait.

After God led me to that church, I remember one night as I was rejoicing in my car after an event, I thanked the Lord for leading me. I told him out loud, “It was worth the wait.” I started crying in my car as the realization hit me, that I would do it all over again because I knew that He was faithful to His Word and came through like He told me He would. I knew that night that I will one day say the exact same thing when my husband comes along. “It was worth the wait.”

Friend, when we settle for anything other than Jesus, we will always be left in disillusionment and disappointment.

If you have a lot of doubts about the relationship, if your significant other doesn’t honor you, if you argue the majority of the time, if you don’t believe in each other’s dreams, if you are constantly defending him or her to your family and friends, then it is not right for you. You should not compromise your values. You should not belittle yourself. Red flags should indicate that bigger problems are up ahead. Also, sometimes it may even be good, but you know deep down that God has better.

Don’t let the illusion of the desert keep you from the fruitfulness of the Promised Land.

“For I know the plans I have for you,” declares the Lord, “plans to prosper you and not to harm you, plans to give you hope and a future. Then you will call on me and come and pray to me, and I will listen to you. You will seek me and find me when you seek me with all your heart.”  –Jeremiah 29:11-13

The key is, we have to seek with ALL our hearts. We have to reach a point where we won’t live with anything less than God’s best. We must stand strong in the promises of God. We must know His Word and feast on it daily. We must know our identity and worth are found in Him alone.

Don’t settle. Be patient. Seek. Abide. Surrender. It will be worth the wait.

Beth Ann Platt is an artist, dreamer, coffee lover, D-I-Y-er and writer. She recently moved to Florida and is loving beach life. Her dream of sharing what Jesus teaches her became a reality in 2013 when she opened Elleizahbeth. She loves nothing more than making Jesus known through her art. Her desire is to celebrate Jesus in every moment, seek Him most in her singleness, and radiate His light and love in all that she does.
@elleizahbeth

For My Single Girls Facing The Unknown

Three Words That Will Change Your Life