I attend a fairly small church. Most non-holiday-rush Sundays, I’d guesstimate we have about 125 people in attendance. Everyone knows everyone, which can be both a blessing and a curse. The church consists of a large number of families with children and then a pretty consistent older crowd that has been there from the beginning and helped build the church. Not kidding.

Single and 31. There are a few widows and divorcees in the crowd, but I’m the only “younger” single kid in the crowd. Every Sunday I’m reminded of this as I look around. I see parents patiently corralling their children, elderly couples pinching baby’s cheeks and husbands waiting for wives to finish conversations. It’s a sweet picture of a family actually. Unless of course you feel like you don’t fit into the family.

There’s value in diversity, especially within the family of God. Dare I say, we need it and I truly believe that. But sometimes — oftentimes — as a single person I can feel like the odd man (or woman) out. My church doesn’t have a singles group because, like I mentioned earlier, if we did I’d be the only attendee. The more I talk to singles, I realize I’m not alone in this struggle. Many churches don’t have singles groups for one reason or another.

We do need the opportunity to connect with other singles though because it reminds us that other people are dealing with the same things we are. We are not alone. I don’t know about you, but I need that reminder. Even as I stood in church today, I was experiencing certain feelings that only single people would be able to relate to. It’s not to say that other people wouldn’t have been able to sympathize, but sometimes you just want someone to “get it.”

Because I don’t have a singles group inside my church I’ve had to find singles in my area another way. And no, that wasn’t a creatively placed advertisement for Match.com. So, as a single person, how do we connect with other single people? Here’s what I did:

1. See if other local churches have a singles group you can attend. There is a larger church in my town that had a weekly gathering for singles. They welcomed singles from other churches with open arms because they understood the importance of community for singles. Never once did I hear of them suggesting that someone leave their home church in order to join theirs.

2. See if there is a regional ministry that may be focused on singles. For example, there is a local Christian radio station that has singles gatherings. People from a variety of churches attend these fun special events. Another local ministry, that is not based in one specific church, holds events quarterly. There’s worship and a message, but then there is a large chunk of time where people are encouraged to mingle and meet new people. It’s at this group in particular that I’ve made some great friends that I get together with fairly regularly for dinners, trips and game nights.

3. Once you’ve met one or two new friends — invite them over for dinner. Welcome them to bring friends too! As the saying goes, the more the merrier! Plus, who doesn’t like food?! I’ve been invited to dinners like this and always left with a new friend and plans to meet up for coffee.

4. Find ways to volunteer in your community. Sure, it’s not a conventional singles group, but I’m thinking outside the box. There’s something about serving with other people that brings you closer together. Right off the bat, you know you already have a few things in common, which is a great way to break the ice and start a conversation.

Don’t use your church’s lack of a singles group keep you from connecting with other singles in your area. It’s OK to go out there looking. As a good friend once told me, “It’s a shame more people don’t know you!” Give people the opportunity to see how awesome you are … and believe me: You are awesome. It may take you outside your comfort zone, but it’s worth it. If I didn’t make a point to find other single friends, I can guarantee they wouldn’t have just shown up on my doorstep.

Holly is a 30ish-year-old writer who strives to share honestly and transparently in hopes that it will encourage others to be open about their own struggles and lessons learned. She's been accused of being sassy, which she finds to be an admirable attribute. Her favorite things include: making people laugh, chocolate, sweatshirt weather and authentic conversations over coffee. One day she hopes to find herself a bearded lumberjack to call her own.
@thecommonqueen 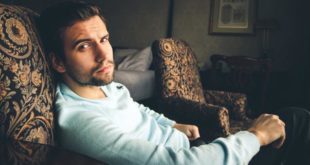 Dating Advice From Saul And David

3 Keys To Turn Your Life Around