There once was a rude boy who would walk every day to a small bridge that reached across a muddy slough. The boy liked to visit the bridge so he could make fun of people who crossed it.

“Hey pimple face, your face has more spots than a pizza pie,” the rude boy said to the young man with blotchy skin.

“Hey baldy, the top of your head looks like a baby’s bottom,” he said to a bald headed man.

“Hey fatty, you look more like an ox than a girl,” the rude boy said to a overweight girl.

The rude boy was so pleased with himself that he laughed and laughed until he slipped and fell off of the bridge. He landed in the slough and was stuck. He cried for help, but nobody would stop to aid him.

The young man with blotchy skin sneered when he saw the rude boy. “Serves you right for all the bad things you say,” and he passed him by.

The bald man came near and said, “You deserve what you get,” and he kept walking.

The rude boy began to grind his teeth. “If I ever get out of this slough, I’m going to be twice as mean as before,” he said.

Then the overweight girl came by. When she saw the rude boy stuck in the mud, she immediately climbed down and helped pull him free. The rude boy was shocked and asked why she helped him after he was so mean.

The overweight girl answered, “How do I know that God didn’t make me as strong as an ox so I could help free you?”

After that the boy never said anything mean again.

Moral: Kindness is stronger than rudeness.

Robert Hawk is a Christian screenwriter and novelist. He’s a former deputy probation counselor, working with troubled kids. He holds a degree in English and loves to go hiking, fishing and telling really bad jokes. He lives in California with his patient wife and two long-suffering daughters.
@@TOWAFable 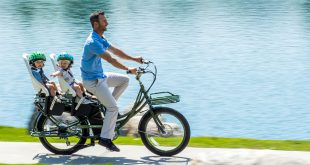 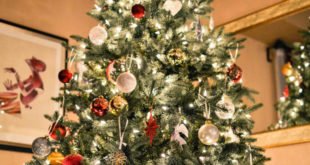