Home » Relationships » The Difference Between Stolen And Influenced Hearts 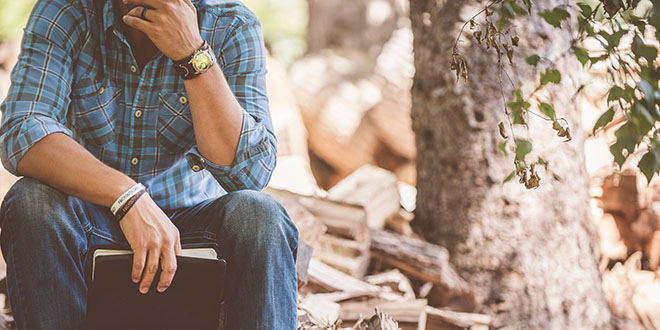 Of course, we are smitten with the romantic notion of someone sweeping us off our feet, of stealing our hearts away, of making us swoon uncontrollably. But isn’t that a bit unrealistic, careless, irresponsible and indecisive? A smarter option would be to have a choice in matters of the heart rather than to be manipulated beyond the point of defense against vulnerability. In case you’re wondering, yes, I am a die-hard romantic at heart.

Snuggled within a few chapters of 2 Samuel, we find the definitive difference between stolen and persuaded hearts as well as the resulting outcomes.

Chapter 15 verse 6 reveals, “Absalom stole the hearts of the men of Israel.” A quick background on the story exposes his ulterior motives. After killing his half-brother, then living in exile for three years, Absalom quietly returned to Jerusalem. Obviously, you don’t kill the king’s firstborn child, and primary heir to the throne, and go on like nothing significant happened. Yet it was another two years before King David finally granted him an audience and they (sort of) repaired their relationship.

However, shortly thereafter, Absalom began “stealing” the hearts of the common people. He was ruggedly handsome, with a gorgeous head of hair, and endowed with charismatic swagger. How could anyone not fall for him? And he used his good looks and charm to manipulate people at their vulnerable points. In dating terms, we could say he had a knack for saying exactly what lonely hearts wanted to hear. In reality, he was deceptively laying the framework to overthrow his father and become king.

It’s interesting to note that the Hebrew word for stole means to deceive, carry away or obtain by stealth. There is an implied manipulation or coercion of vulnerable hearts. This is what happens to stolen hearts.

Then, in chapter 19, verse 14, we find David “swayed the hearts of all the men of Judah.” Shortly after the decisive victory over Absalom, David persuaded or influenced the leaders of his own ancestry to actively participate in his triumphal return to Jerusalem. Although both men’s methods seem similar, there’s a world of difference. The Hebrew word for swayed means to bow, incline or persuade. It contains an implication of openly influencing or changing mindsets.

In any relationship, manipulation stands directly opposed to persuasion. Manipulation tricks while persuasion educates. Manipulation preys on vulnerability to force desired outcomes; persuasion informs and encourages an alternative or optimal outcome. From a dating perspective, a manipulator is sneaky, lies on a dating profile, misleads during conversations, withholds critical information about the past and has ulterior motives about how the evening will end. However, an influencer is confident, open, honestly engaging about a variety of topics, informative about past mistakes and lessons learned. He or she may suggest further dates, but is okay if that doesn’t happen.

To look at this difference further, let’s compare Satan and Jesus. As the father of all lies, deception and counterfeit, Satan manipulates through temptation (“If you love me, you’ll let me”). He has no positive benefit and knows it, so he misleads and misinforms. His ulterior motives include stealing hearts away to the bondage to sin, the burden of guilt and regret, lifelong unmet expectations and broken promises, and an eternity separated from God — in a place never intended for them.

Jesus, on the other hand, is the Truth, in whom there has never been any falsehood. He is the only positive outcome, He knows it, and offers Himself freely and openly to everyone. He coerces, forces or manipulates no one; He respects each person’s freewill choice, even if it means rejection. His ulterior motives involve influencing hearts to freedom from sin and its associated power. Freedom from guilt, shame and penalty. In return, He offers lifelong intimacy, fulfillment, and precious promises kept, and an eternity of glorious fellowship in the presence of God the Father, God the Son, God the Holy Spirit surrounded with ecstatic multitudes expressing their love for Him as well as each other.

A missionary kid raised in a Christian home and church, Nate Stevens is a lifelong student of Scripture. He has enjoyed a 36-year banking career in a variety of leadership roles. He is the author of "Matched 4 Life," "Matched 4 Life Workbook," "Deck Time with Jesus," and contributes to the Moments book series (Divine Moments, Spoken Moments, Stupid Moments, etc.). He co-leads a singles ministry in the Charlotte, NC area and is a popular speaker / teacher at conferences, seminars and Bible study groups, speaking on a wide variety of topics. Nate currently lives near Charlotte, North Carolina, is a newlywed to his beautiful wife, Karen, and is an active dad with two awesome kids, Melissa and Mitchell. 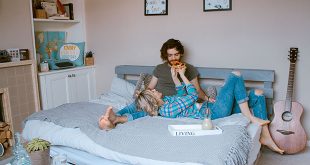