Home » Relationships » Do You Want To Be Married? 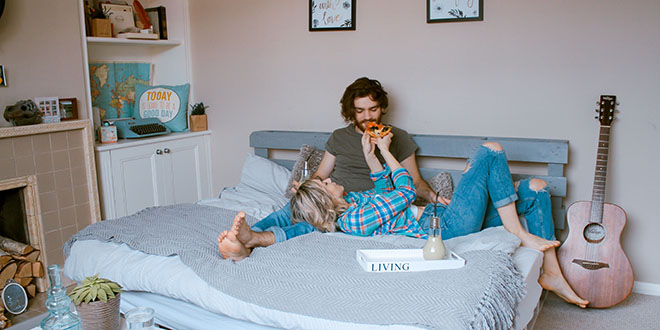 In recent years, I haven’t thought of myself as being open to getting married. I had made peace with the thought that I would never have children and would grow old alone. I accepted that my lot was to remain single and learned to enjoy my independence. I became quite comfortable with the idea of being single.

I’m not alone; according to the latest census, 63.5 percent of people in the U.S. have never been married. A good percentage of them see themselves as never getting married. (For further insight, read American singleism expert Dr. Bella DePaulo’s article: “How Many Americans Want to Be Single?”)

I dismissed several candidates based on their not being called to go overseas to a particular country I was called to. Years later, I hadn’t made it to that country and was still single.

Secretly, I think I was afraid of getting married. My parents had had a bad marriage that put the heebie-jeebies in me about ever wanting to duplicate what they “had.” I’ve personally heard dozens of dating nightmares, and I’ve watched many people get divorced. I heard about the fights, the drifting apart, the busyness, affairs and abuse cases. I developed the attitude that marriage would interfere with my freedom, and I didn’t want that.

Then it happened. In a small explosion of spiritual insight a few days ago, I suddenly felt the peace and briefing of the Holy Spirit that I was ready to get married. It came from “nowhere,” and I was no longer afraid to face my fears of marriage and the leading of the Holy Spirit. I could actually see myself being married without fear.

I’m changing the question to, “What did God put me through to get me to this point?”

Partial answer: When I was the singles’ activities coordinator at my old church, I saw the Lord introduce several people under my ministry and marry them off. I saw other key people dating and getting engaged and married. I saw several great qualities that I like lived out in the men I met, as well as negative qualities I didn’t want. I saw modeled before me several marriages that seemed passionate and thriving, even after many years.

I recently found a book on marriage preparation that ended up being the best one I’ve ever read (and I’ve read several, though it has been many years since I’ve read any.) I highly recommend it – Choosing Marriage by licensed counselor Debra Fileta. When I told a friend of my fear that marriage would crash my freedom, she laughed (she’s a godly single, too). She replied that marriage isn’t a loss of freedom; it’s an expansion of our freedom.

Today, I’m not afraid to get married.

Looking back, I can see the Lord sneaking and weaving His preparations into my life when I didn’t even want to get married. I know there are a ton of Christian singles out there who have outwardly lost their desire to marry, but deep in the back of their hearts, they still hope it will happen. I wanted to share how the Lord has been working in my life in this area in hopes that it will encourage you.

1. He’s helped me recognized my relational shortcomings and issues that I need to work on. That’s a long list, but by God’s grace, He’s helped me see them so I could actively work on them.

2. He’s changing my mind about what marriage is, my spiritual and emotional responsibilities as a wife, and how to make my marriage a great one within my sphere of influence and responsibility.

3. He’s helped solidify my primary identity “in Christ” and made sure I knew I was responsible for my own happiness and spiritual growth.

4. Lately, He’s exponentially grown my confidence in Him as I see Him answer more prayer directly in accordance to His Word.

5. He’s allowed me to be in rooming situations where I am alone much of the time so that I crave human company more, especially at night. For an introvert, that’s quite a feat. It seems like I’m “introverting” a bit less these days.

6. He’s helped me have platonic but good friendships and ministry partnerships with several men.

7. From these platonic friendships, I’ve learned not to pursue and put myself out there, but instead to watch and pray, then redirect those whom the Lord has not called me to marry (which right now is all of them).

8. He’s renewed my prayer for my future husband over the last two weeks. I used to pray for him regularly, but as the years went by, the prayers became very sporadic.

9. He refocused me on my missionary calling, which I am exploring again.

I’ll be sure to let everyone know if and when I meet this amazing man and we actually start dating! However, the bigger the decision, the slower I am to move forward. On marriage, I may still be the slowest poke you know.

Glenda Gordon, MSW, has had a lifelong ministry to single Christians. Whether as an activities coordinator, church counselor, or workshop facilitator, she loves to serve and teach Christian singles. When she’s not in church, she's busy writing and doing photography, getting outdoors into nature, reading real books, traveling, baking, dancing, and eating out with friends. She writes a weekly blog for single Christians called, “For Single Christians: One is a Whole Number.” http://glendablogz.com
@@GlendaGGordon