Home » Free » I Helped Someone Cheat

I Helped Someone Cheat

It was the weekend of August 1st. I was in New Orleans for a wedding. Traveling alone was always a strong temptation. New city. New opportunities. I found myself in my hotel room in a very familiar situation but with a different twist.

See, I was a sex addict. At the time I didn’t call it that. It was just “needs” back then. And the road to addiction wasn’t overnight; it was gradual. Just like slowly boiling a frog; if placed in boiling water, it will quickly jump out. However, if placed in cold water that is slowly heated, it will not perceive the danger and will be cooked to death.

I started being sexually active around 2004. I was 22. Song of Solomon 2:7 says, “Do not arouse or awaken love until it so desires.” God designed sex to be between a man and a women under the covenant of marriage. It was designed for oneness, to satisfy a provision that was awakened.

But I had a new desire that was much more fun than pictures and videos on the screen. Soon I was looking for quick fixes for these desires. That’s where hook up websites and Craigslist came into the picture. “People looking for casual encounters” was perfect. People looking for the same kick—nothing more, nothing less. I allowed myself to get on these sites more and more. I hadn’t realized how frequently I was hooking up between 2004-2009. Like most addicts, I found reasons to downplay my situation. I thought, “Things maybe bad, but not THAT bad.” My downplay was that I wasn’t actually having sexual intercourse, just oral sex. But sex is sex any way you look at it. It helped my conscience to think that it wasn’t that bad, and that I wasn’t giving every bit of myself to some stranger. I still had a little bit left that was for my wife. I was so deceived.

Back to my hotel room. I had been emailing back and forth with a woman who wanted to meet up late that evening. She had a very specific time frame though; she was limited to a couple of hours after midnight. I soon found out that her husband was out fishing and would be back early in the morning, and she wanted me out. See, I had some rules about these things, and one of them was no cheating, which is not the same as no married women. I had been with married women before; they just had open relationships where their husbands were okay with hooking up. But because I didn’t find this out at the very beginning, and I had already been communicating with this woman, I had to make a decision. I had already invested some time in our plan to meet up, and I was ready to go. I decided to go forth because if it wasn’t me, then she’d find someone else. It might as well be me then. The exact thoughts of an addict.

So it happened: I helped someone cheat on her husband. We were hiding from him. He had no idea this was going on. It wasn’t until then that I realized how bad my addiction had become. I felt horrible. I despised people who would cheat on their wives. It was the lowest form of betrayal and cowardice. I wasn’t a man—I was a boy who would do whatever it takes to get some candy. I was that person. I was an adulterer.

What ensued was the most painful eight-hour drive to Dallas that I ever had. The Holy Spirit had his way with me. He had been nudging me for years about this habitual sin, and now He was letting me have it. I felt such a heaviness, and I kept thinking throughout the drive, “How I did I get to this point in my life?” I had to tell someone. For the first time in my life, I wanted to tell someone. I couldn’t bear the burden anymore. I needed some rest.

As I got into town, I went straight to a trusted friend who I’d known for years. I knew he would love me but also speak truth. With teary eyes, I knocked on his door. He patiently listened as I sobbed through my story. He asked questions, and I answered. Afterward he reminded me who I am in Christ and encouraged me to get some help. Then we prayed.

James 5:16 says, “Therefore, confess your sins to one another and pray for one another, that you may be healed.”

See, I had been forgiven, but I was not healed. That moment was the beginning of a long road to recovery. It didn’t happen overnight, but it did happen. In the midst of that, I still wanted to heal on my own terms, and doing things on my own terms is what got me into that mess in the first place.

Jesus asked the lame man if he wanted to get well, and He had been asking me the same question for a very long time. I finally stopped taking control. And that’s good, because I never had any.

I assure you that the blood of Jesus can heal you. 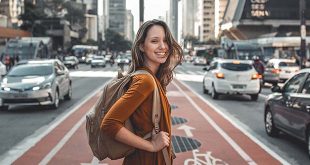